Julianna has a new story up at Strange Horizons — you can read or listen to the podcast. If you liked the first half of THE LOBSTER, maybe you’ll dig this. (It was inspired by the most aggressively affluent and eccentric in-flight magazine; one article was devoted to brandy being aged 24/7 with blaring opera music.)

This is also Baggott’s first time having a Content Warning on a story. It’s the magazine’s policy. Though she can’t really say how this story lives up to it, she likes that her work comes with a warning.

Julianna’s story about gun violence in schools is up at The Cincinnati Review. She told it from the point of view of a kid as they’re the ones who are living it. This story was really disturbing to write. She hope it messes you up.

Julianna’s newest short story is about sentient sinkholes, a fierce Girl Scout, and the impermanence of life. Read it here at Quarterly West.
Julianna’s short story “Posey Girl” is a speculative take on the future of sex. It’s now available at Terraform.

Julianna has placed three of her most recent short fiction pieces with Tor.com. You can read them here.

The Virtual Swallows of Hog Island, Ecdysis, and Mental Diplopia.

Baggott in the Boston Globe 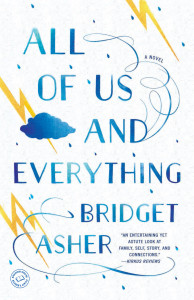 Click here to read an interview with Julianna in the Boston Globe where she discusses the making of her new novel HARRIET WOLF’S 7TH BOOK OF WONDERS, 18 years in the making. There are shout-outs to her mother, “a helicopter parent before there were helicopter parents,” the Worcester Public Library, one of her kids when he was in utero, Holy Cross, and her new novel coming out this month ALL OF US & EVERYTHING. A catch-all in 300 words or less and her face as a cartoon, which, turns out, she actually prefers. 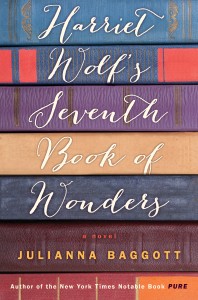 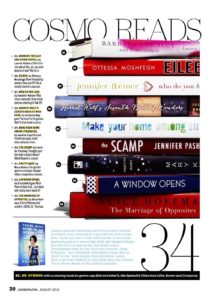